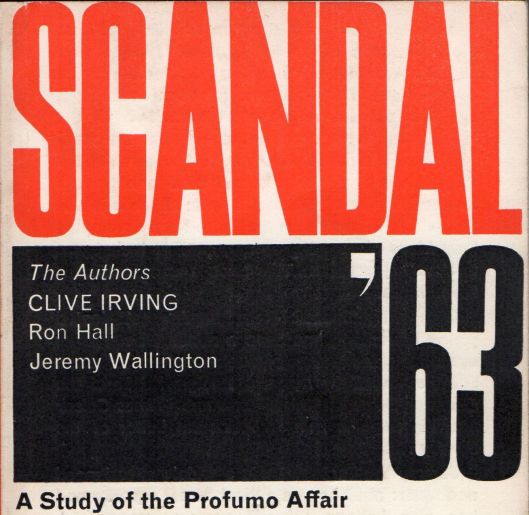 Driving out of London, the clubs that stank of beer and sweat. London in July was hot and heavy as a rush-hour ride on the tube. They swept past the airport, on the road to Maidenhead. Christine’s hairdo tangled in the breeze.

“A party in the country is just the ticket, little baby.”

Stephen pulled over at a bus stop where a young girl waited.

“Aren’t you the baker’s daughter?  Hop in. We’re off to Cliveden, don’t you know. We’ll sneak you in for a sherry, if you promise to behave yourself.”

This pastel sketch – by Stephen Ward – is of the unidentified girl who attended the infamous 1961 party at Cliveden, where Christine Keeler first met John Profumo. It was found on the reverse of Ward’s portrait of Keeler, which can be seen on the cover of my 2004 novella, Wicked Baby (soon to be reissued via Kindle.)

This discovery was made by the curators at London’s National Portrait Gallery, while preparing their new display, Scandal ’63, which I hope to review. Writing for the Telegraph, Richard Davenport-Hines – author of An English Affair – suggests the model could be none other than ‘Miss X‘, later a witness in Ward’s ill-fated trial.