With her third novel, My Year of Rest and Relaxation, Ottessa Moshfegh confirms herself as a major writer of our time. This darkly comic tale follows the sleepy adventures of a young, beautiful and rich but miserable New Yorker who embarks on a drug-fuelled sabbatical at the dawn of the 21st century. Moshfegh’s mischievous delight in the squalid details of everyday life powers her absurd yet visionary narrative.

In The Mars Room, Rachel Kushner tells the tale of Romy Hall, a young mother and former stripper facing a lifelong stretch in a California women’s prison after killing her stalker. The narrative follows Romy over four years, as she adjusts to life in a hopeless and uncaring environment, and reveals what brought her to this desperate point. Despite the bleak setting, there is warmth and humour in The Mars Room.

Brass tells the parallel stories of Elsie, a small-town waitress left holding the baby after a volatile affair with a co-worker comes to an abrupt end; and her teenage daughter Luljeta’s search for her vanished father. Set among the Lithuanian and Albanian communities of a post-industrial town, Brass depicts blue-collar life and the struggle to transcend limited horizons with wit and grit.

Willy Vlautin’s Don’t Skip Out On Me tells the story of Horace, a young Paiute taken in by Mr Reese, an elderly sheep farmer in Nevada, after being abandoned by his family. Despite developing a strong bond with Mr Reese, Horace moves away to prove himself as a boxer. As a study of loneliness and self-loathing it’s harrowing; but also beautifully written, and brimming with tenderness and humanity.

Reissued this year by Penguin Classics, Wallace Thurman’s 1929 novel, The Blacker the Berry, is an underrated text of the Harlem Renaissance. In his portrait of Emma Lou Morgan, a dark-skinned young woman who is both a victim of backwoods racism and urban hypocrisy, Thurman shows deep outstanding of the outsider’s dilemma.

If you’re familiar with Lucia Berlin’s short stories, Welcome Home will add fresh detail to familiar territory. Half of the book is an unfinished memoir, taking us from the author’s peripatetic childhood to marriage and motherhood in her bohemian mid-thirties. The remainder is comprised of her wild, chatty letters covering the same period.

If you thought the mammoth story collection, A Manual For Cleaning Women, was the last we’d hear of Lucia Berlin then this will be a pleasant surprise. Evening in Paradise collects more than twenty stories, and the earlier tales in particular are enchanting. The later stories feel less focused but still with moments of brilliance.

Accompanying this year’s V&A exhibition, Frida Kahlo: Making Her Self Up is a sumptuous volume exploring her Mexicana style. (You Are Always With Me, a collection of Frida’s ‘letters to mama’, was also published this year.) 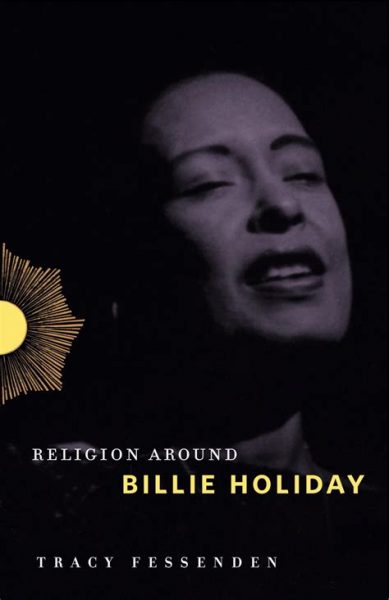 She didn’t come to music through the gospel choir route, but in Religion Around Billie Holiday, Tracey Fessenden persuasively argues for the young Eleanora Fagan’s extended stay in a Catholic girl’s home as an integral part of her musical education, and in forming her own identity as both saint and sinner in the Mary Magdalene vein.

Widely panned upon its initial release, Twin Peaks: Fire Walk With Me – David Lynch’s blood-soaked prequel to the cult TV show – has lately been reclaimed by feminist scholars for its unflinching portrayal of the doomed, yet defiant Laura Palmer in her final days. Writing for the Devil’s Advocate series, Lindsay Hallam refers to fan theories as much as film criticism, and considers the film’s impact on Twin Peaks: The Return. (Fire Walk With Me was also the subject of a Midnight Movie Monograph from Maura McHugh last year.)

Other fiction I enjoyed this year includes Taylor Brown’s Appalachian noir, Gods of Howl Mountain; Where the Dead Sit Talking by Brandon Hobson, one of several outstanding debuts by Native writers this year; A View of the Empire At Sunset, in which Carl Phillips explores the colonial past of Jean Rhys; Polish novelist Olga Tokarcsuk’s rural mystery, Drive Your Plow Over the Bones of the Dead; and two reissues from Italy: Cesare Pavese’s elegaic The Beautiful Summer; and Evening Descends Upon the Hills, a  collection of short stories and reportage from post-war Naples by Anna Maria Ortese. 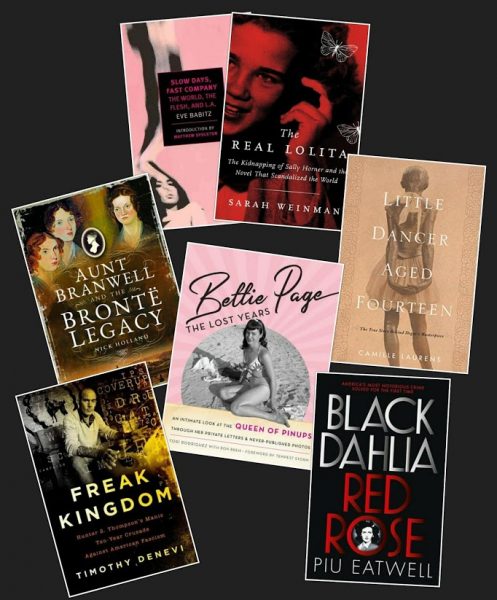 Freak Kingdom, Timothy Denevi’s study of Hunter S. Thompson and his long crusade against American fascism, has much to teach us today; while Eve Babitz’s Slow Days, Fast Company takes us back to L.A. in the Seventies. Piu Eatwell’s Black Dahlia, Red Rose offered a fresh perspective on a notorious cold case, while in Bettie Page: The Lost Years, Tori Rodriguez uncovers hidden truths about the legendary pin-up. Nick Holland considers a neglected literary figure in Aunt Branwell and the Bronte Legacy; Camille Laurens searches for the Parisian girl who inspired Degas in Little Dancer Aged Fourteen; and in The Real Lolita, Sarah Weinman investigates the child abduction that influenced Nabokov.