A League Of Their Own, Baseball, Madonna, Penny Marshall, Rosie O'Donnell, This Used To Be My Playground 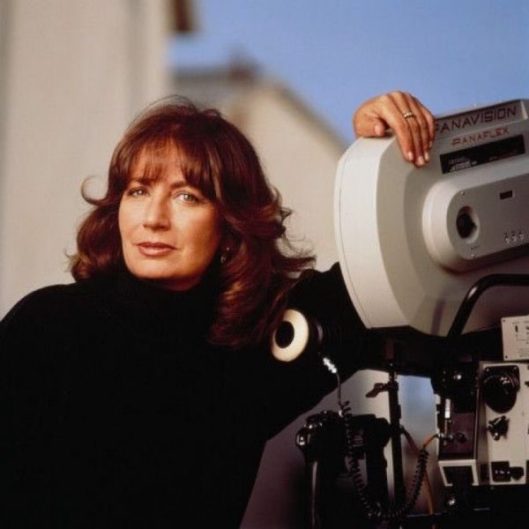 Carole Penny Marshall was born in the Bronx in 1943. Her mother Marjorie ran a dance school, and her father directed industrial films. Of Italian descent, he had changed his name from Masciarelli to Marshall. Their youngest daughter was named after Carole Lombard, the much-loved comedic actress and wife of Clark Gable, who had died in a plane crash the year before. Young Carole’s middle name was inspired by her sister Ronny, who was ‘saving her pennies’ to buy a horse: and it was that name, ‘Penny’, which finally stuck. The family lived in a building which also housed the young Neil Simon, Paddy Chayevsky, Calvin Klein and Ralph Lauren.

A tap dancer from childhood, Penny later taught at her mother’s school. While studying maths and psychology at the University of New Mexico, she became pregnant with her daughter, Tracy. After a three-year marriage to footballer Michael Henry, she moved to Los Angeles where her brother, Garry Marshall, was writing for television. In 1970, he became executive producer of The Odd Couple, a sitcom based on the hit movie. Penny was later cast as secretary Myrna, a role she would play for two years. She married fellow TV actor Rob Reiner, then starring in All In The Family, in 1971.

Penny also appeared on The Mary Tyler Moore Show, Taxi, and Saturday Night Live. In 1975, her brother cast her as LaVerne DeFazio, a brewery worker who dates ‘Fonzie’, in an episode of his hit show, Happy Days. She and Cindy Williams, who played her friend, were so popular that Garry created a spin-off show. Laverne & Shirley ran for eight seasons, and was for a time America’s highest-rated sitcom.

In 1981, Penny’s marriage to Rob Reiner ended. Like her ex-husband, she would soon become a successful filmmaker. Her first feature film as director, Jumping Jack Flash (1985), was a comedy vehicle for Whoopi Goldberg. With Big, her 1988 fantasy about a boy in a man’s body, she made a box-office star of leading man Tom Hanks. Big was the first female-directed picture to gross over $100 million, and is ranked 42nd in the American Film Institute’s list of the 100 all-time funniest movies. Penny turned to drama with Awakenings (1990), based on the best-selling memoir of Dr Oliver Sacks. Starring Robert De Niro and Robin Williams, this story of a neurologist’s pioneering work with catatonic patients gained three Oscar nominations, including Best Picture (ultimately losing out to Kevin Costner’s Dancing With Wolves.)

After the success of Awakenings, Penny was offered a production deal at Sony Pictures. “If you come with us we’ll even let you do that girls’ movie,” they promised. A lifelong sports fan, Penny had commissioned a screenplay focusing on the all-girls’ baseball league founded during World War II. She wanted to capture their “empowerment and pride,” and inspire others: “Don’t be ashamed of your talent Her producer friend, Charles Wessner, told Vanity Fair that he had suggested it to Penny after watching a PBS documentary. “It was a family movie,” he observed, “and Penny loved everything family …”

“The girls had to be able to play,” she wrote in her 2012 memoir. “Any girl I cast had to be able to throw, catch, hit, run, and slide.” The lead role of Dottie Hinson originally went to Debra Winger, with Lori Petty playing her sister Kit. Tom Hanks was cast as irascible coach Jimmy Dugan, and comedienne Rosie O’Donnell as teammate Doris, with Lindsay Frost as her pal, Mae. Penny’s daughter, Jenny Reiner, played ‘Betty Spaghetti’, and Garry Marshall was cast as team owner Walter Harvey. Comedian Jon Lovitz and character actor David Strathairn were given supporting roles. She wanted to capture the team’s “empowerment and pride,” encouraging her daughter: “Don’t be ashamed of your talent.”

But after Lindsay Frost’s TV pilot was picked up, Penny wrote, “all of a sudden I had to find another girl who could play ball and dance.” She had recently read a magazine interview with Madonna, who said she wanted to make more films. Penny may first have glimpsed her while partying at hip New York club the Funhouse in the early 1980s, where Madonna was often seen on the dancefloor while boyfriend Jellybean played in the DJ booth.

Before she left for the premiere of her racy tour documentary, Truth Or Dare, at the Cannes Film Festival, Madonna came to New York and worked out for three hours with the coaches at St. John’s University. She was “trainable,” they said, and Penny gave her the part. However, this ‘stunt casting’ enraged Debra Winger, who told Penny, “You’re making an Elvis movie!” Penny disagreed, and Debra was replaced by Geena Davis. Screenwriters Lowell Ganz and Babaloo Mandel transformed the role of Mae ‘All the Way’ Mordabito – originally a tall, blonde “California hottie” – into “a sassy, cigarette-smoking centerfielder.” Rosie O’Donnell was already a Madonna fan, and as Penny remarked, “I knew their chemistry could work onscreen.”

“At our first meeting, I began referring to them in a single breath as Ro and Mo (I couldn’t get the word Madonna out),” Penny recalled. “You’re going to be best friends,” she told them – and indeed, they remain close to this day. “Mo, you teach her how to set her hair,” she advised, “and Ro, you teach her how to play ball.” After some final workouts with the famed Rod DeDeaux (dubbed ‘coach of the century’), the cast and crew of A League Of Their Own headed to Chicago. For all her athleticism, Madonna never mastered baseball: “She throws like a girl,” Tom Hanks quipped, “but she can run like the wind.”

“As shooting began, I felt more like a coach than a director,” Penny wrote. “Tryouts were shot at the Cubs’ stadium, Wrigley Field. I brought in more than a hundred girls on the field. Madonna cracked, ‘I was a star and you turned me into an extra.’” Penny also remembered “quick asides you wouldn’t have heard anywhere else, such as when I told Madonna to stop her upper-body workouts. ‘Your arms are getting too cut,’ I said. ‘Your legs are fine. And keep the food out of Rosie’s mouth.’”

After shooting scenes at the train station in Union, Illinois, the company moved to the small town of Evansville, Indiana, near the border of Illinois and Kentucky. Observing that the characters in the story “took on lives of their own,” Penny admitted, “it seemed like we were in Evansville for much longer than we were.” She would often call for retakes, and in a report for the New York Times, Madonna described her tentative approach as “the Laverne style of directing,” while Penny admitted, “My personality is, I whine. It’s how I feel inside. I guess it’s how I use being female, too. I touch a lot to get my way and say ‘Pleeease, do it over here.’”

Madonna briefly incurred the wrath of Evansville’s residents by complaining to a journalist that the house she was renting didn’t have cable TV: “I may as well be in Prague!” She emerged unscathed, with brother Chris Ciccone noting in his 2008 memoir, Life With My Sister Madonna, that it was “hardly the most virulent protest she’s encountered in her long and protest-filled career.”

For the movie’s finale, Penny recreated the tribute to the All-American Girls Professional Baseball League (AAGPBL) at Cooperstown, with actresses playing the characters in later life mingling with real team members. “I also had a song from Carole King for the end credits,” she recalled, “but Madonna wanted to do her own song, ‘This Used to Be My Playground,’ which worked in that spot. I hadn’t let Madonna start the singing in the Peaches song earlier in the movie. I didn’t want to exploit her. So this gave fans something they had expected.”

A League Of Their Own was released in mid-1992 and quickly became a box-office hit. Under Penny’s careful direction, Madonna gave a sharp, funny performance, earning some of the best reviews of her film career. One of her biographers, Mark Bego, believed she was “more effective as part of an all-star ensemble,” while Lucy O’Brien cited the exuberant dancehall scene as a highlight. “With female directors she often expressed her strong, feisty side,” O’Brien wrote, summoning up “the gutsy, gum-chewing spirit of her high-school cheerleading days.”

In ‘Mother Madonna,’ an essay for Laura Barcella’s 2012 anthology, Madonna and Me: Women Writers On The Queen of Pop, the North Carolina- based poet Sarah Sweeney recalled seeing A League Of Their Own as a young Madonna fan, observing that the “streetwise and sexy” Mae was “much like herself then, but her character also showed a softer, more human side … Even if it was just acting, she could be womanly, coquettish; not just brazen, but rounded, and complex.”

Although some critics found the movie overly sentimental, it is a firm favourite among baseball fans, and is often cited as a landmark in women’s cinema. It even spawned a short-lived TV series. In 2012, A League Of Their Own was chosen for preservation by the US National Film Registry, and former AAGBPBL players gathered in New York to celebrate the film and its legacy. When Madonna won the lead role in Evita (1996), producer Andy Vajna asked Penny if she was difficult to work with: “You don’t have to worry about anything,” she replied. (In later life, Madonna would also turn to directing.)

Penny’s next film, Renaissance Man (1994), starred Danny DeVito as an unemployed ad-man who teaches Shakespeare to a class of illiterate army recruits. With The Preachers’ Wife – her 1996 remake of The Bishop’s Wife, a 1947 family film starring Loretta Young and Cary Grant – Penny directed an all-black cast (including another musical star, Whitney Houston, and Denzel Washington.) Her last film as director, Riding in Cars With Boys, followed in 2001, with Drew Barrymore playing a young single mother.

She also produced several movies, from Calendar Girl (1993) to Cinderella Man (2005.) In recent years she directed episodes of TV shows According to Jim and United States of Tara, and she also made cameo appearances in the The Simpsons (voicing the ‘Babysitter Bandit’), Frasier (as a caller to the psychiatrist’s radio show) and Portlandia (playing a former owner of the feminist bookstore, who returns to meet the humourless new management.) She was diagnosed with lung and brain cancer in 2010, but slowly recovered. Her autobiography, My Mother Was Nuts, was published in 2012. In 2016, she suffered the loss of brother Garry and her best friend and ‘partner in crime’, actress Carrie Fisher. “We’ve lasted longer than all of our marriages combined,” she reflected. “Our crazy lives have meshed perfectly.”

On December 17, 2018, Penny Marshall died aged seventy-five in Los Angeles from complications of diabetes. In the New York Post, John Podhorest hailed Penny as “an authentic Bronx girl who always kept it real,” while Jacob Bogage wrote in the Washington Post of her enduring love for baseball. Rodman, her documentary about the flamboyant basketball star (and Madonna’s old flame) Dennis Rodman, will be released in 2019. Considering A League Of Their Own “a gem of popular cinema,” the Guardian film critic Peter Bradshaw praised its “lovely humour, drama and storytelling … with real pathos.” Among the many celebrities who paid tribute to Penny was Madonna, who wrote in an Instagram post, “Her talent was as big as her heart.”