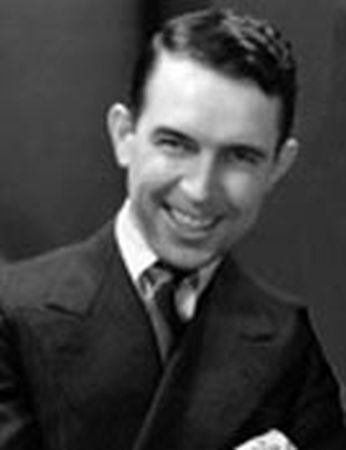 Louis Monta Bell was born in Washington D.C. on February 5, 1891. He began his career as a reporter for the Washington Herald during President Taft’s administration. Bell also appeared on the stage, and in a Charlie Chaplin short, The Adventurer (1917.) In 1923, he played another bit part in The Pilgrim, and served as story editor on Chaplin’s first serious feature, A Woman of Paris.

Bell made his directorial debut in 1924 with How to Educate a Wife, a Warner Brothers comedy starring Marie Prevost. His next picture, Broadway After Dark, starred Adolphe Menjou and Norma Shearer. Bell specialised in risqué comedies, in the style of Ernst Lubitsch. Now working for MGM, he directed Shearer and John Gilbert – the silent screen’s ‘Great Lover’ – in The Snob.

Shearer – with whom Bell was romantically involved – played a prostitute in Lady of the Night (1925), a gritty drama. ZaSu Pitts played a Broadway star in Pretty Ladies, while Adolphe Menjou appeared alongside Bessie Love and Greta Nissen in The King on Main Street. Marion Davies and Conrad Nagel starred in The Merry Wives of Gotham, which Bell also produced. 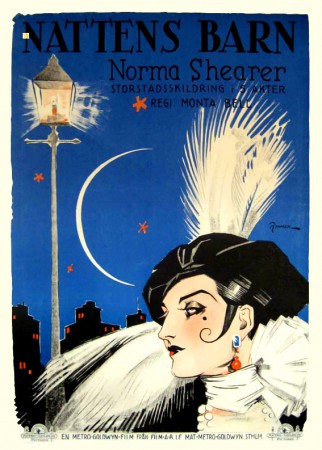 In late 1925, Bell viewed a screen test by a twenty year-old Swedish actress, who had just arrived in Hollywood. He was so impressed that he cast her in his next film, Torrent, introducing Greta Garbo to American audiences. She was an instant sensation, and quickly became one of the greatest stars in cinematic history.

Bell’s next film, The Boy Friend, was followed by two more collaborations with Norma Shearer, Upstage (1926) and After Midnight (1927.) On August 5, reports circulated that Broadway actress Jeanne Eagels would star opposite John Gilbert in MGM’s Fires of Youth. This would not be a remake of her 1917 Thanhouser film of the same name, but an original story written and directed by Monta Bell, based on his own journalistic experiences. It would later be renamed Man, Woman and Sin. 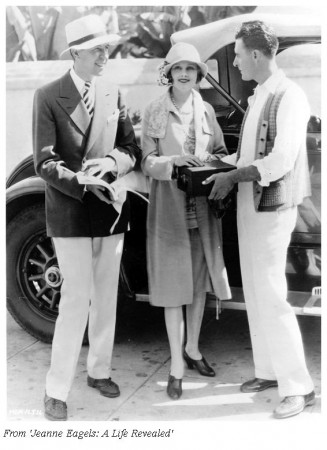 Jeanne left for Washington in the second week of August, to film exterior scenes before heading to MGM’s Culver City lot for interiors. On August 20, she stepped off the train with Gilbert and Bell not far behind into the warm Pasadena sunshine, to be greeted by several studio executives and a small band. But before long, difficulties were being reported from the set. These ranged from disagreements with MGM executives, to painful sinus infections that kept Jeanne bedridden and – most worrisome of all – her alleged drinking and drug binges.

An article published in Photoplay magazine after Jeanne’s death recounted how she had arrived late to the set one day for what should have been a simple scene. She was required to sit at a desk, pick up the receiver of the phone, and speak a few words into it. But she was unable to co-ordinate her movements and the action was rehearsed over and over until Bell was satisfied. When the cameras rolled, she seemed to lose her nerve. Bell filmed the scene multiple times in an attempt to catch something usable.

According to the New York Times, “the report on the Great White Way was that ‘the star was released from her film contract owing to ‘temperamental differences with the management.’” When she left for the train station in late September, there was no parade and band like the one that met her when she first arrived. It was even said that MGM were piecing together Jeanne’s remaining scenes from outtakes to avoid having to work with her again.

A scene from ‘Man, Woman and Sin’

Man, Woman and Sin was released on November 19. Its final cost was $236,000, and profits would reach $329,000. For all her discomfort with movie acting, reviews of Jeanne’s performance were glowing. Both a 16mm and a 35mm print of Man, Woman and Sin exist in the George Eastman Kodak Collection, and a print may be held in the Warner Bros. Archives, but due to legal issues, Man, Woman and Sin remains in limbo.

Monta Bell may have been more sympathetic to Jeanne’s plight than reports suggested. “If you don’t want her, I want her,” Monta Bell said when she was ditched by MGM. After directing Bellamy Trial (1929), a courtroom drama starring Leatrice Joy and Betty Bronson, Bell was ousted from MGM. Fortunately, he was quickly re-hired by Walter Wanger, who oversaw production at Paramount’s Astoria lot in New York.

Paramount’s first full-length “talkie” would be The Letter. Katherine Cornell had played the lead role in W. Somerset Maugham’s stage play about the adulterous wife of a Singapore rubber plantation manager who is put on trial for her lover’s murder. As Jeanne Eagels had enjoyed a spectacular four-year run as Sadie Thompson in Maugham’s Rain, she seemed the perfect choice to bring The Letter to the big screen.

Eagels with Monta Bell during filming of ‘The Letter’

More than a year had passed since the troubled shoot, and it seemed Bell was ready to work with Jeanne again. “The popular opinion that Miss Eagels is highly temperamental and is hard to work with has no foundation in fact,” he claimed. “I know of no other actress I would rather have working under me than Miss Eagels. Our association together in making Man, Woman and Sin was altogether happy. My interest in having Miss Eagels signed for future pictures at the time was prompted by the knowledge that she would be one of the most powerful attractions to the public and would bring a fresh and desirable element to the screen.”

Bell would produce The Letter, and while his protégé, Jean de Limur – who had worked with him on A Woman of Paris in 1923 – was credited as director, according to cameraman George Folsey, he worked under Bell’s close supervision.

Although Jeanne’s reputation preceded her, sound equipment was the foremost challenge to the cast and crew of The Letter. Scenes were rehearsed repeatedly, as the actors were learning to move within the microphone’s scope. The filmmakers were using equipment so sensitive that the gentle pawing of a cat against a door recorded at thunderstorm levels; and they once spent two days figuring a natural-looking method of lighting a cigarette without making it sound like an explosion.

Despite all the technical issues that had arisen during production, The Letter wrapped two weeks ahead of schedule, in the third week of November. On December 10, Film Review announced that Jeanne had signed a contract to make two more films for Paramount. She began work on her next picture, Jealousy, in March 1929, just as The Letter opened to rave reviews. Although she was once again teamed with Monta Bell, this production did not go as smoothly, and Jeanne’s illness temporarily halted shooting.

“Eagels is making pictures that are not along the conventional lines of box-office success,” the Montana Standard’s movie critic observed when Jealousy opened in September. “The Eagels vehicles have strength and bitterness. More than that they are well done.” 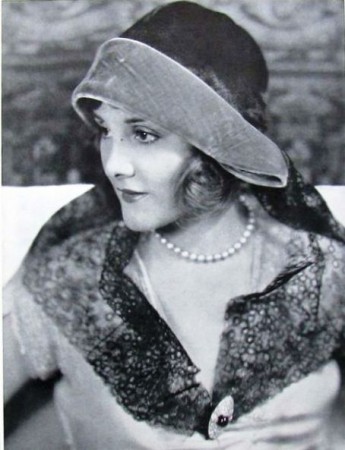 The Laughing Lady would be Jeanne’s final film for Paramount. Victor Schertzinger would direct, with Monta Bell producing. Preliminary production began on August 26. After taking time off in Maine, Bell returned on September 3, the day The Laughing Lady began shooting.

Pre-production progressed smoothly until September 12, when Jeanne was admitted to St. Luke’s Hospital. She was diagnosed with ulcers of the eyes, caused by a severe sinus infection and compounded by an adverse reaction to the large, harsh studio lights used in filming. After X-rays determined that surgery was necessary, Jeanne went under the knife on September 14.

With her recovery incomplete, Paramount executives were forced to make a decision regarding The Laughing Lady, and on September 19, the studio announced that Ruth Chatterton would replace Jeanne when she returned from vacation. Two weeks later, Jeanne Eagels died.

Bell’s next important production, Applause – an early example of the backstage musical, starring Jeanne’s friend, singer Helen Morgan, and directed by Rouben Mamoulian – was released on October 7, four days after Jeanne’s death. This was followed in December by Glorifying the American Girl, a celebration of Ziegfeld’s Follies. That year, Bell had also worked on the Marx Brothers’ first feature-length movie, The Cocoanuts.

In 1930, Bell directed Young Man of Manhattan, a comedy starring Claudette Colbert and Ginger Rogers; and East is West, an adaptation of the hit Broadway play, starring Lupe Velez. Fires of Youth (1931), also known as Up for Murder, was a virtual remake of Man, Woman and Sin, with Genevieve Tobin and Lew Ayres recreating the roles originated by Eagels and Gilbert. In December 1931, Bell married the English actress Betty Lawford, who had appeared in his 1929 movie, Gentlemen of the Press, and was the cousin of Peter Lawford. They divorced six years later. 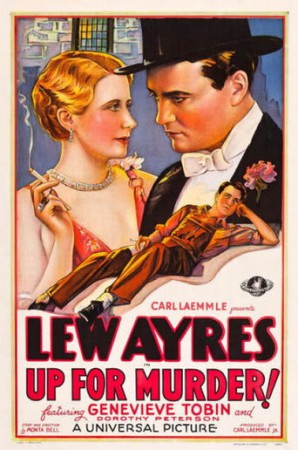 John Gilbert was reunited with Bell for one of his best movies, Downstairs (1932), which also marked Bell’s return to MGM. After directing Adolphe Menjou again in 1934’s The Worst Woman in Paris, Bell produced three more films for MGM: Men in White, starring Clark Gable and Myrna Loy; Student Tour, a vehicle for comedian Jimmy Durante; and West Point of the Air, a 1935 aviation drama starring Wallace Beery.

Bell’s next production credits were for two 1941 movies, Aloma of the South Seas (starring Dorothy Lamour), and a Bing Crosby musical, Birth of the Blues. His last directorial effort, China’s Little Devils (1945), starred former silent movie actor Harry Carey, and was made at the ‘Poverty Row’ studio, Monogram.

Monta Bell died at the Motion Picture Country House and Hospital in Los Angeles on February 4, 1958 – one day before his sixty-seventh birthday – and is interred in the Garden of Legends at the Hollywood Forever Cemetery.