Frances Margaret Anderson was born in the Australian city of Adelaide on February 10, 1897. From an early age she was drawn to the theatre. At seventeen, she made her stage debut at Sydney’s Theatre Royal. Encouraged by Americans in the company, she decided to try her luck in Hollywood. She later moved to New York, and after a slow start, found regular work touring with various stock companies.

After changing her stage name to Judith Anderson, she had her first Broadway success in Martin Brown’s 1924 play, Cobra, opposite leading man Louis Calhern. This was followed by Willard Mack’s The Dove (1925), produced by David Belasco.

While touring in The Dove, Anderson befriended Jeanne Eagels, who was also on the road with Rain. They were photographed with several other actresses in the Chicago Tribune, looking over souvenir programs to be sold at the National Horse Show. They met again in Boston in April 1926, as performers in the Theatrical Press Representatives of America fundraiser.

In 1927, Judith returned to Australia on tour. Back in the USA, she replaced Lynne Fontanne in Eugene O’Neill’s Strange Interlude (1928.) While touring in 1929, she took time out to visit Jeanne Eagels in her new home in Ossining, New York. Anderson recalled Jeanne “sitting on the driveway wall, dressed in white, with a blue band around her fine blonde hair, looking like a girl of seventeen.”

As they watched the other guests playing by the river, Anderson complimented Jeanne on the diamond ring she was wearing. “It’s only a chip,” Jeanne joked. “Tomorrow I’ll get a real one.” She added seriously, “I can say these things to you, and you’ll understand. If I said them to other people they wouldn’t believe me.” 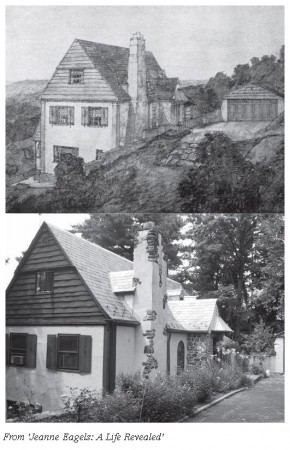 On October 3rd, Jeanne Eagels died. Anderson was among those interviewed for Eddie Doherty’s biography, The Rain Girl, which was serialised in Liberty magazine and later expanded into a controversial book. While many felt that Doherty had sensationalised Jeanne’s life, contributions from friends like Judith Anderson offered real insight into her offstage persona. Anderson’s next important role was in Luigi Pirandello’s As You Desire Me (1931), later filmed with Greta Garbo.

In his October 22 column, Ward Morehouse recalled that Sam Harris had optioned Sidney R. Buchman’s Storm Song for Jeanne Eagels, a play about the wayward daughter of a ship’s captain. After her death, Harris relinquished the rights to Robert V. Newman, who wanted either Claudette Colbert or Judith Anderson to star. Francine Larrimore stepped in after both Colbert and Anderson declined, but Storm Song never reached Broadway.

In 1932, Judith played Lavinia in a revival of O’Neill’s Mourning Becomes Electra. Humphrey Bogart was her leading man in W. Somerset Maugham’s 1933 comedy, The Mask and the Face. Anderson scored another success in Zoe Akins’ The Old Maid (1935.) Her role would be recreated by Miriam Hopkins in the 1939 film. She starred with John Gielgud in a 1936 production of Hamlet, and in 1937, she married Benjamin Harrison Lehman, an English professor at Berkeley. They divorced in 1939. 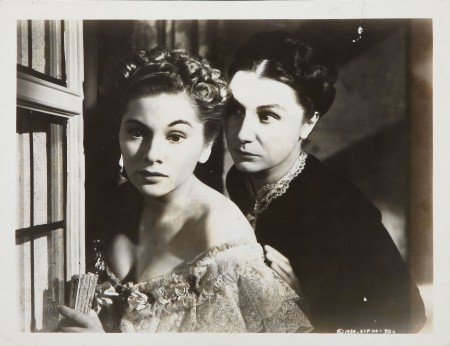 In 1940, Judith played her most famous movie role, as the sinister housekeeper, Mrs Danvers, in Hitchcock’s Rebecca. Her subsequent films included Otto Preminger’s classic film noir, Laura (1945.) But she preferred the stage, playing Lady Macbeth in 1942, and Olga in a 1943 revival of Chekhov’s Three Sisters. She was reunited with John Gielgud in 1948, for her greatest triumph: as Euripides’ Medea.

She married producer Luther Greene in 1946, divorcing him five years later. During the 1950s she recorded numerous spoken-word albums, and played ‘Big Mama’ in the film adaptation of Tennessee Williams’ Cat on a Hot Tin Roof. In 1960, she won an Emmy for a televised Macbeth. That year, she was made a Dame of the British Empire.

In 1970, Anderson returned to Hamlet – this time playing the title role. She would re-enact her performance as Medea in 1982. Two years later, she was cast as the Vulcan High Priestess in Star Trek III: The Search for Spock. Her final appearance was a three-year stint in the TV soap opera, Santa Barbara – set in the California town she had made her home. Dame Judith Anderson died of pneumonia on January 3, 1992, aged ninety-four.