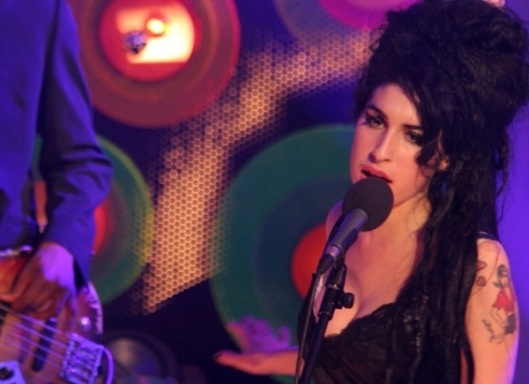 “Amy Winehouse arrived on a wild, stormy night – ready to sing, and ready to talk.”

A year after Amy Winehouse’s tragic death, a new documentary has been screened as part of the BBC’s prestigious Arena series.

Amy Winehouse: The Day She Came to Dingle takes us back to the autumn of 2006, just after the release of her second album, Back to Black. On the cusp of stardom, she would soon become a tabloid fixture.

Dingle is a small town in County Kerry, on the South-West coast of Ireland. Long-shots of its rugged landscape and rolling tides evoke a sense of finding oneself ‘at the edge of the normal world.’

Other Voices, a televised music show, is broadcast on Ireland’s RTE2. A mixture of home-grown and international acts – including Ray Davies, Sinead O’Connor and Spiritualised – have performed at St James’s Anglican Church, a tiny venue with a capacity of eighty.

Series editor Philip King observes that some established artists, accustomed to playing in large arenas, are initially unnerved by ‘singing in the lap of the person in the front row.’ However, that feeling of being removed from industry pressures can also be liberating.

Paddy Kennedy, the driver who collected Amy from the airport, admits he had never heard of her. Much to her amusement, he first asked the singer where her mother was.

Producer Aoife Woodlock fondly remembers a girl with ‘spindly little legs and mental hair, who came and sang her heart out.’

For her interview with presenter John Kelly, Amy wore a pink shirt and leather bomber jacket; her unruly black locks are tied back in a ponytail. She was 22 at the time, and seemed most at ease when talking about her musical influences.

‘There’s nothing more pure than the relationship you have with your God – apart from your music,’ she declares, adding, ‘What I listen to influences what I write.’ 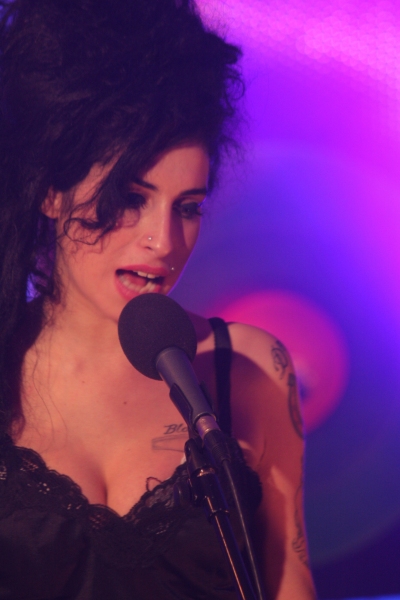 Mairt Hanley, then vicar at St James’s church, considers the artist’s wider role: ‘Musicians and artists are the prophets. Prophets tell it like it is.’ This definition could certainly be applied to Amy’s songwriting on Back to Black, dealing with the aftermath of a tortured relationship.

Six songs from that album were performed in Dingle that night: ‘Tears Dry on Their Own,’ ‘You Know I’m No Good,’ ‘Love is a Losing Game’, ‘Back to Black,’ ‘Rehab’ and ‘Me and Mr Jones.’ The first five tracks would later become hit singles.

Dressed simply in a black vest over white bra, skinny jeans and trainers, Amy seems utterly at ease in the little church. It must have been very different from the London clubs she was used to, but she has rarely performed better on camera.

Only in ‘Me and Mrs Jones’ does she nervously pull at her hair, a hint of the insecurity that would plague her in later years. 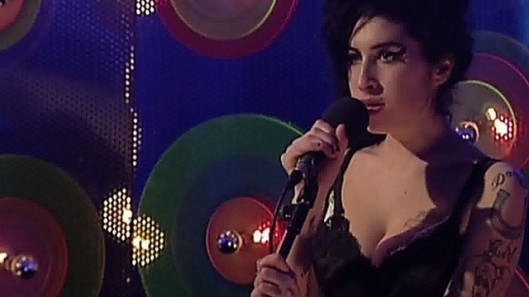 That night in Dingle, Philip King speculates, Amy ‘sang the blues away.’ Mairt Hanley identifies her as a ‘suffering artist,’ and his fond memories are ‘tinged with that touch of sadness that she never found a resolution.’

Near the end of her interview, Amy speaks of her desire to start work on a third album. But Back to Black’s popularity would succeed everyone’s expectations. Amy spent the next year promoting it across the globe, while battling drug addiction and a troubled marriage.

The long-awaited sequel would never be completed, though some new material is showcased alongside demos and rarities in Lioness: Hidden Treasures, a poignant reminder of her unique talent, released shortly after her death.

Amy’s bassist at St James’s, Dale Davis, returned to Dingle at the film-makers’ request. ‘She burned so bright,’ he reflects. ‘It’s life…but it’s a big loss.’

Directed by Maurice Linnane, Amy Winehouse: The Day She Came to Dingle is a sweet, tender tribute to a woman who should be remembered not only for her sad demise, but for what she first revealed to us: her soul, in music.