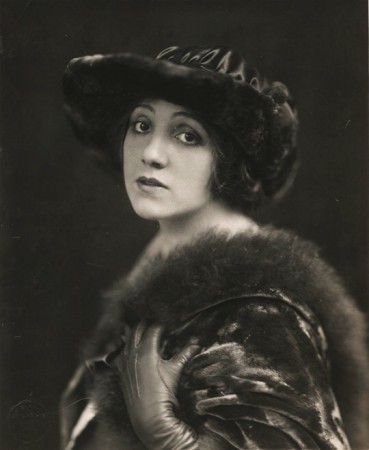 Loretta Helen Cooney was born in Harlem, New York on April 1, 1883, to Irish parents. Her mother, Elizabeth Dorsey, was the owner of a successful millinery, and the family breadwinner. Loretta had two younger siblings. A gifted mimic, she was encouraged by Elizabeth to pursue a life on the stage, though her father, James Cooney, disapproved.

After taking lessons from vaudeville performer Ida Whittington, Loretta started her own act, imitating famous entertainers like Anna Held, and billing herself as ‘La Belle Laurette.’ Then in 1901, Ida introduced her to the playwright and producer, Charles Taylor. Laurette joined his troupe and went on the road in shows like the aptly titled Child Wife – produced just after their marriage. At sixteen, Laurette was twenty years younger than her husband. They had two children, Dwight and Marguerite.

After starring in a series of melodramas penned by Taylor – including From Rags to Riches and Queen of the Highway – Laurette left him in 1907, and returned to New York with her children. She made her Broadway debut in The Great John Ganton (1909.) The play folded after two months, but she would marry its author in 1912. 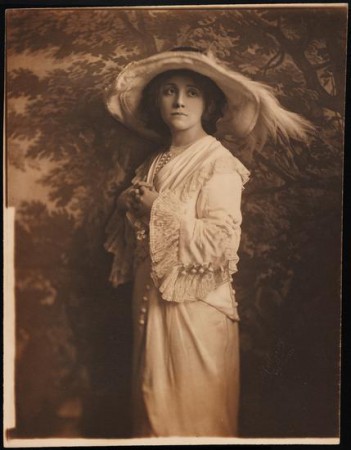 John Hartley Manners was a British-born playwright of Irish descent. In December 1912, Laurette began an 18-month run in Peg O’ My Heart, a sentimental comedy-drama written for her by Manners. Her role as Peg O’Connell – an Irish peasant girl left a fortune by her English uncle – was revived in 1921, and her famed performance survives in a silent film directed by King Vidor. Laurette went on to star in Happiness and One Night in Rome, also written by Manners and filmed in the early 1920s. She performed scenes from Shakespeare at the Criterion Theatre in 1918; played the lover of King Charles II in Sweet Nell of Old Drury (1923); and starred in a 1925 revival of Sir Arthur Wing Pinero’s Trelawny of the Wells. 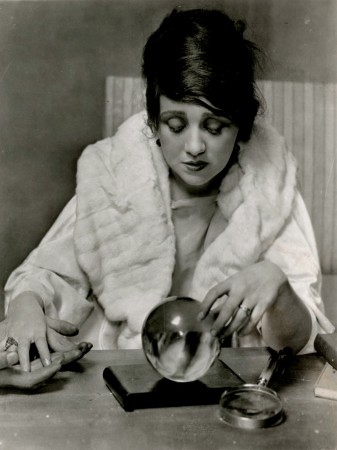 Considered one of the finest actresses of her generation, Laurette was also known for erratic behaviour and heavy drinking. After spending a weekend at her home, Noel Coward was inspired to write the hit comedy, Hay Fever, about the madcap antics of an eccentric theatrical family. Laurette never spoke to Coward again.

Her Cardboard Lover was an adaptation of Jacques Deval’s romantic comedy about Simone Lagorce, the mistress of a man who will never divorce his wife. Laurette was cast as Simone, with Englishman Leslie Howard playing Andre, her love interest. Rehearsals began in August 1926 at Laurette’s Easthampton home. In her memoir, Leslie Ruth Howard recalled her father saying he felt Taylor didn’t trust producers Gilbert Miller and A.H. Woods, and that Deval’s hostile attitude hampered her performance. Seemingly miscast, Laurette was ill at ease as the show played in Washington D.C. and Atlantic City. Howard found their intimate scenes “painful to endure.”

The producers decided to close the show in Baltimore, promising a major rewrite and a swift reopening. Assuming that her run-of-the-play contract was guaranteed, Laurette considered a six-week offer on the vaudeville circuit, but when Jane Cowl was rumoured as her replacement, Laurette demanded that Her Cardboard Lover open in New York immediately, with herself in the lead. The producers refused, and she filed charges for breach of contract with Actors Equity. On January 15, 1927, Actors Equity found in her favour. She relinquished the role, and was awarded $4,000. Woods and Miller were freed from their obligations, but without a suitable actress to play Simone. The script was then sent to Jeanne Eagels, who accepted the role. 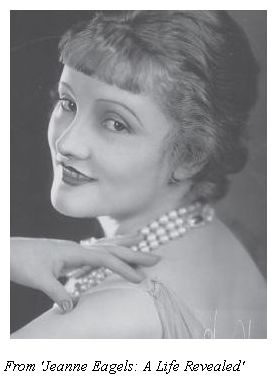 Laurette had much in common with Jeanne Eagels, who just finished a triumphant run as Sadie Thompson in Rain – a role with which she would be forever associated. Seven years younger than Laurette, Jeanne also started her career in a road company, and it is believed she was briefly married to her boss, Maurice Dubinsky. She was typecast in ingénue parts – not dissimilar to Peg O’ My Heart – before her breakthrough in Rain, and was known for her mercurial personality. The two actresses had headed the cast of Evening of Happiness, a one-off benefit performance for the Actors Fund, at Brooklyn’s Montauk Theatre back in 1922.

“In the part originally played by Laurette Taylor, Miss Eagels is none too happily cast,” Brooks Atkinson wrote in the New York Times after Her Cardboard Lover opened at the Empire Theatre on March 21. “As the temperamental Simone, Miss Eagels has rather to create a part from the very lightest substance.” The play closed in July before a nationwide tour in October, enjoying better reviews and a new leading man. In March 1928, however, an exhausted Jeanne was fired after a week’s absence, and slapped with a rather severe eighteen-month ban from the legitimate stage by Actors Equity. She died in October 1929. 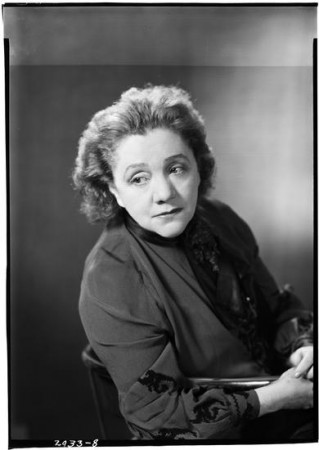 Laurette’s later life would also be marred by tragedy after losing her husband in December 1928, as her struggle with alcoholism continued, and her career stalled. In 1932, she starred in a double bill of one-act plays by J.M. Barrie. She also appeared in a 1938 revival of Outward Bound, directed by Otto Preminger. Her final role, as Amanda Wingfield in the original production of Tennessee Williams’ The Glass Menagerie (1945), is regarded as one of the defining moments in the history of American acting.

On December 7, 1946, Laurette Taylor died of a coronary thrombosis. She is interred at the Woodlawn Cemetery in The Bronx, New York.