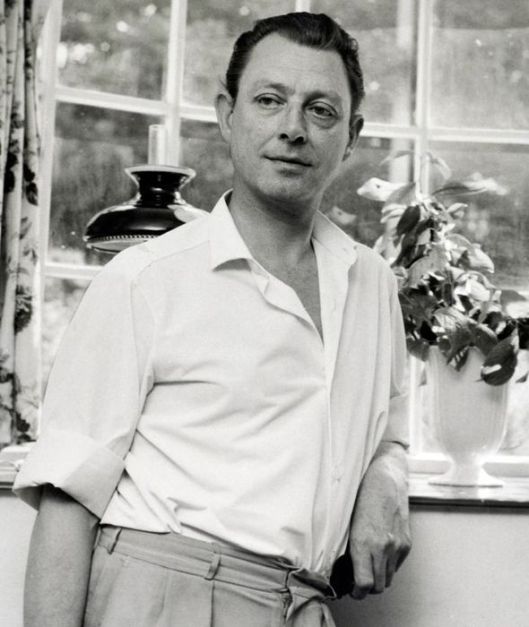 On the last day of Dr Stephen Ward‘s infamous trial, the jury went out, and Stephen returned home to his London flat. The next morning, he was discovered unconscious, having overdosed on sleeping pills. He died several days later, on August 3rd, 1963 – having been convicted in his absence.

Whatever his personal flaws, Ward did not live off immoral earnings as charged. He is now widely accepted to have been a scapegoat for Profumo, Astor and others implicated in the scandal, and his tragic fate is a reminder of the true cost of English hypocrisy.

In this extract from my novella, Wicked Baby, Christine Keeler – the model at the centre of the Profumo Affair, and Stephen’s former friend – reflects on his passing.

It was a warm, cloudy morning in July. On a folding bed in Mr Lyon’s rented office, part of an old warehouse in Bow, I lay awake as hours ticked by. Newspaper clippings surrounded me, gathering dust. At ten to seven he let himself in.

“Brace yourself for some terrible news, my dear.” He placed a mug of coffee by the bed. I turned on my side and tied back my hair with a stray rubber band. “It’s Stephen … he’s dying.”

“What happened?” Our eyes met over the Telegraph.

“He took an overdose last night. He’s in hospital now, but nothing can be done for him.”

I felt as if I’d been punched; my stomach churned, and I was suddenly out of breath.

“Can you please open the window?” I gasped. He did so and went into the kitchenette, cut bread and put it under the grill. I lifted the mug to my lips and threw the coffee down.

I stood up and tied my dressing gown. I went to the window and picked up the jar of Nembutal that I’d left on the sill. I looked out of the window; cars and people crawled like ants thirty feet below.

I brushed my teeth at the sink, and spread marmalade on two wedges of toast. Later that day, Stephen was found guilty of living off the immoral earnings of Mandy and I. It took him three more days to die.