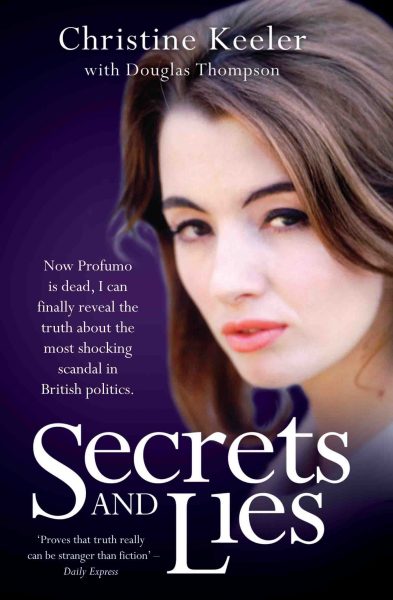 Secrets and Lies, the new memoir by Christine Keeler and co-writer Douglas Thompson, was published last month. However, it is essentially a reissue of her 2001 book, The Truth at Last. Apart from a new preface and postscript, and some different photos, the content is mostly the same as before. John Profumo – the government minister with whom Keeler had a fleeting, but notorious affair as a teenager – died in 2006. Next year will mark the fiftieth anniversary of the political scandal, and its reverberations on British society can still be felt today.

Keeler, now 70, gave an interview to the Daily Mail last month. She is rarely seen in public, but was involved in the production of a recent play, Keeler. Her iconic image has also been the focus of a recent exhibition, Christine Keeler: My Life in Pictures.

In 2010, Tom Utley declared, ‘If the Christine Keeler scandal broke today, she’d be on I’m a Celebrity!’ Writing for The Guardian about press super-injunctions, Roy Greenslade described Keeler as ‘the first kiss and tell’. It’s a dubious claim to fame, and Keeler’s own view is rather more ambivalent. ‘You are deluding yourself if you think you can build a career from scandal,’ she reflects in her autobiography. ‘All that follows scandal is more scandal. Every time I thought it had gone away something would knock me back – there would be something in the papers, someone on the telephone or the doorstep.’

While Profumo was eventually forgiven for his transgressions, Keeler has been alternately patronised and ridiculed – but her memories are still compelling, a cautionary tale for those who play with power.  ‘It is hard, 50 years after the Profumo Affair, to review Christine Keeler’s memoir without fury,’ Tanya Gold commented in The Telegraph. ‘In the early Sixties there were girls you touched and girls you didn’t, and the girls who could be touched were, and all the time. But all adventuresses, or “tarts”, in Macmillan’s despicable phrase, come from such worlds…Keeler was too early for robust feminism, and when the story broke she went down for perjury, a luckless vessel for national prurience and lust, and fear of lust. This was Britain.’

‘I have no idea if Ward (the society doctor who introduced Keeler to Profumo) was a spy,’ Gold concludes, ‘but if so he was terrible at it, breaking his greatest asset, Profumo, by having Christine sleep with Ivanov, too. She also exposes Roger Hollis as a spy, and Peter Wright in Spycatcher agreed. So here is Christine, 50 years on, still wondering – what the hell happened?’

The speculation continues, and last month the composer Andrew Lloyd Webber told the BBC of his plans to write a musical based on the events of 1963. His perspective is more sentimental than Keeler’s. ‘I’m looking for a subject at the moment and I think I’ve found one,’ he said. ‘Stephen Ward really intrigues me and was a fantastically interesting character. The most popular man in London who ended up with absolutely nobody after the trial and everything. I kind of think he was the fall guy.’ 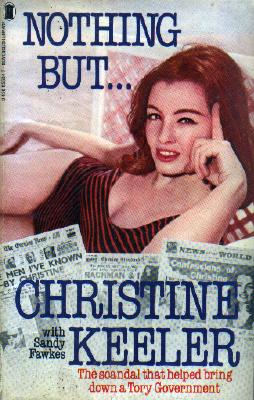