Mark Blum was born in Newark and raised in Maplewood, New Jersey. As a teenager, trips to Broadway shows taught him to love the theatre, though he never considered acting as a career. “I was raised in one of those basic middle-class Jewish families in the suburbs,” he told the New York Times, “and that just wasn’t something somebody thought about.”

After enrolling at the University of Pennsylvania, however, Mark gravitated towards a drama major, and in 1972, he was accepted to the University of Minnesota’s graduate program in association with the Guthrie Theatre, and later toured with the National Shakespeare Company. “You can try anything you want to try,” he said of his classical training. “It’s the old British theory that when you’re young, the best you can do, really, is work out in the provinces and make as many mistakes as you can.”

In 1975, Mark moved to New York and landed his first Broadway role opposite Zero Mostel in The Merchant. Over the next few years he acted in off-Broadway revues with the Roundabout Theatre Company, before landing his breakout role in James Lapine’s comedy, Table Settings, at the Playwrights Horizons Theatre in 1980. The theatre remained his first love, and in 1989 Blum would win an Obie award for his role as a gay playwright in Gus and Al. 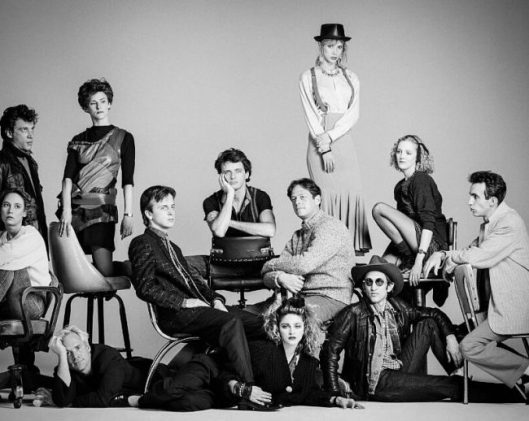 The cast of Desperately Seeking Susan. (Blum is seated above right of Madonna)

The first of his more than eighty screen credits was a supporting role in Lovesick (1983), a romantic comedy starring Dudley Moore. In the same year, Mark appeared in an episode of television’s St. Elsewhere.

In the fall of 1984 he was cast in Desperately Seeking Susan as Gary Glass, ‘the spa king of New Jersey,’ and cheating husband to bored housewife Roberta (Rosanna Arquette), who becomes embroiled in the adventures of free-spirited Susan (Madonna), as documented in the personal ads of a newspaper. While waiting for Susan in Battery Park, Roberta collides with a motorbike driven by Dez (Aidan Quinn), who was sent to find Susan by her boyfriend Jim (Robert Joy.) Suffering from amnesia, Roberta believes she is Susan – whom, unfortunately for Roberta, is also being hunted by a gangster (Will Patton.)

After Gary finds Susan’s phone number in Roberta’s jacket, they team up to track down his missing wife. Susan meets Gary in a nightclub, where in his beige suit he cuts a bland figure among the punk clientele. The scene was filmed at one of Madonna’s old haunts, Danceteria, and the song playing is ‘Into the Groove,’ which she recorded for the soundtrack. (When filming began, Madonna was an upcoming singer on the New York scene. The release of her second album, Like a Virgin, during the shoot swiftly elevated her to superstardom.)

We next find the odd couple in Gary’s plush suburban home, where Susan reads Roberta’s diary and gets her husband stoned. Gary arrives back from work the next day with his sister Leslie (Laurie Metcalfe) to find Susan swimming in his pool, and wearing his boxer shorts. She then sets up a meeting with Roberta at The Magic Club – aka the Audobon Ballroom – in downtown New York, but the hapless Gary ultimately finds that his wife has no wish to reconcile.

Released in the spring of 1985, Desperately Seeking Susan became one of the year’s surprise hits. Its success was enhanced by Madonna, whose music career went from strength to strength. However, she would rarely find such acclaim in her subsequent films. 35 years later, Desperately Seeking Susan has become a cult classic: an offbeat comedy with feminist overtones, a love letter to New York’s vanishing streetlife, and – thanks to Blum’s performance – an early entry in the ‘yuppie nightmare’ sub-genre.

Director Susan Seidelman and the cast of Desperately Seeking Susan (minus Madonna) were reunited in 2010 for a screening at the Lincoln Centre in Manhattan. “The movie is about possibilities – that’s what it seems to be about when I see it now,” Mark told the audience, “and we were all of us right on the cusp of something in our lives, professionally, at that point.”

He met Madonna while rehearsing their nightclub scene, having mistaken her for a bike messenger in the waiting room. “We came in and did our screen test and Madonna misbehaved,” he recalled. “During the whole scene, she kept kissing and licking the side of my face which seemed inappropriate but, you know, fun. Afterwards Susan thanked Madonna, and she left. And Susan said: ‘Madonna likes you.’”

Hot on the heels of Susan, Mark would score a major role in another unlikely smash hit, Crocodile Dundee (1986), as the smarmy love rival of the eponymous Aussie hero; and in 1987, Blum appeared in Blind Date with Bruce Willis and Kim Basinger, whose role was originally offered to Madonna. He also played guest roles in television shows like Miami Vice, Roseanne, and NYPD Blue.

One of his most memorable spots was in a 1997 episode of Frasier, as John, a cab driver who offers radio shrink Frasier Crane (Kelsey Grammer) a free ride to a rally celebrating his 1000th show, after a series of mishaps. While driving, John confides in Frasier about his broken marriage and personal problems, prompting Frasier’s realisation that counselling John is more important than reaching his destination.

In 1999, Blum returned to his Jersey roots in the first season of HBO’s crime drama, The Sopranos, as Randall Curtin, a boyfriend of Dr. Jennifer Melfi (Lorraine Bracco), whose mobster client orders a bent cop (John Heard) to follow her. While driving home from a date, the cop pulls them over and beats Randall severely. After learning of Jennifer’s mob connections, an understandably terrified Randall ends their relationship. 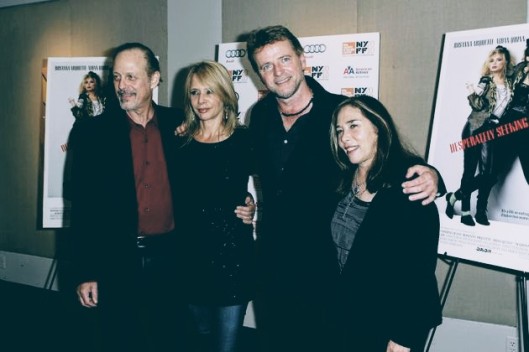 More recently, Mark starred as a New York musician, ‘Union Bob,’ in Amazon’s Mozart in the Jungle, and appeared in You, a psychological drama series on Netflix. He continued acting in critically praised fringe plays, as well as Broadway productions of Lost in Yonkers, The Graduate, and Twelve Angry Men. He was married to actress Janet Zarish, and died aged 69 from complications associated with COVID-19 at New York Presbyterian Hospital on March 26, 2020.

“He was such a funny, sweet, down-to-earth guy and an enormously talented actor,” Seidelman has said, adding, “It was such a treat having the opportunity to work with him.” Co-star Rosanna Arquette remembered Blum as a “fantastic star with an excellent funny bone and also simply the kindest heart.” And Madonna wrote in an Instagram tribute, “This is really tragic and my heart goes out to him, his family and his loved ones. I remember him as funny, warm, loving and professional … Another reminder that this virus is no joke, nothing to be casual about or pretend won’t affect us in some way.”