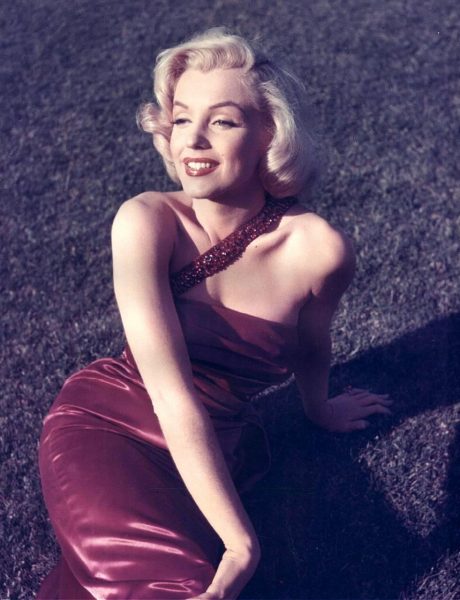 On a crisp Friday morning in the first week of January, I joined a handful of people at the Duke of York’s in Brighton – England’s oldest independent cinema – for a screening of How to Marry a Millionaire. It’s part of a regular series of classic movies aimed at an older audience, with tea and biscuits served beforehand, and a fifteen-minute interval – although I think it’s fair to say they could use some promotion. (Classic movie fans, please note: Millionaire is showing at Picturehouse cinemas across the UK throughout January, and looking further ahead, There’s No Business Like Show Business is scheduled for June.)

How to Marry a Millionaire was the first movie made in Cinemascope, the widescreen technology developed by Twentieth Century-Fox to lure moviegoers away from their televisions back in 1953. It was, however, the second to be released, after the studio’s biblical epic, The Robe, which was made at the same time. The action is preceded by an orchestral performance of Lionel Newman’s ‘Street Scene’, a Gershwin-esque rhapsody heard in numerous Fox productions. This prelude is essentially a testimony to the wonders of Cinemascope. Millionaire’s own vivacious theme, Cyril J. Mockridge’s ‘New York’, follows as the opening credits run. 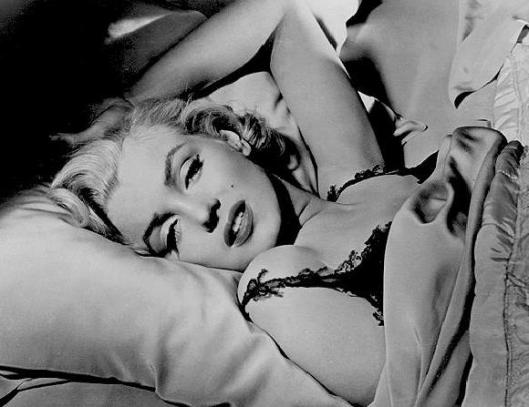 If the Millionaire plot seems familiar – three young women searching for a rich husband – that’s because it was adapted from Zoe Akins’ play, The Greeks Had a Word For It, which had already been filmed three times, most recently as Moon Over Miami (1941), with Fox’s reigning box-office queen, Betty Grable. She returned as Loco, heroine of another adapted comedy, while the title was borrowed from a book by society columnist Doris Lilly. The writer charged with bringing together these sources was Nunnally Johnson, whose many screenplays included the Oscar-winning The Grapes of Wrath (1939.) More recently, he had scripted We’re Not Married and O. Henry’s Full House, two portmanteau films with small but flashy roles for Fox’s up-and-coming star, Marilyn Monroe.

In March 1953, Marilyn had just finished shooting Gentlemen Prefer Blondes, and her film noir, Niagara, had been released. If 1952 had been a year of sensation – from the revelations of her nude calendar and troubled family background, to her first LIFE magazine cover, and dating Joe DiMaggio – 1953 would be her year of triumph, with three hit movies, and the glitzy accolade of signing her name in cement outside Grauman’s Chinese Theatre, still to come. 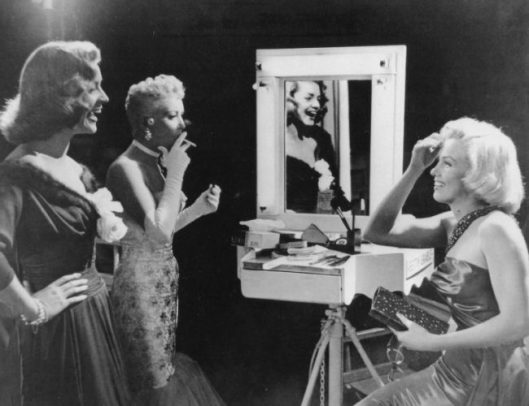 Marilyn was given just a few days off after Blondes wrapped, before starting work on Millionaire. A fresh controversy had erupted in February, when Joan Crawford criticised her sexy image. Public opinion was on Monroe’s side but she felt trapped at Fox, with a fixed salary and no say in the films she made. She was offered the star dressing room on the lot, then occupied by Betty Grable, but respectfully declined. As they worked together on Millionaire, the two women grew close. Lauren Bacall, who completed the trio, was less tolerant of Marilyn’s personal insecurities, but director Jean Negulesco helped to smooth the waters.

Negulesco was Romanian-born, and had trained as an artist in Europe before emigrating in the 1930s. His previous film credits included Humoresque, Road House and the Oscar-nominated Johnny Belinda. That artistic vision manifests itself in How to Marry a Millionaire, with its elegant palette complemented by Travilla’s costumes and Cinemascope landscaping – as in the early scene when Marilyn, wearing a muted brown dress, visits a chic, blue-suited Bacall at their new apartment. At a party later on, Marilyn – in a form-fitting purple gown – briefly checks her reflection in a wardrobe’s mirrored doors. This fleeting shot of ‘multiple Marilyns’ was immortalised as an iconic publicity still. 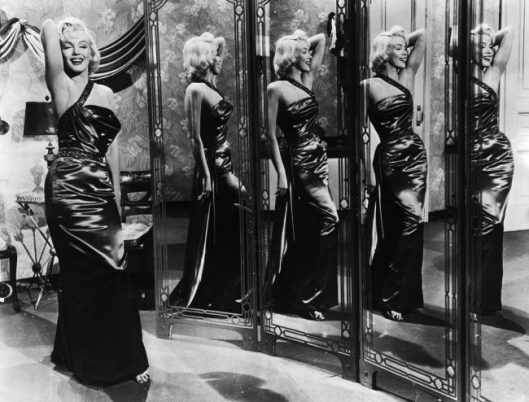 Apart from the opening shots, filmed in New York, Millionaire was entirely a Hollywood confection. That is never more apparent than in the ‘house mannequin’ scene, where Travilla’s gaudier creations – including a diamond-studded, red bathing suit for Marilyn – are a far cry from Vogue. Bacall – who started her career in fashion – plays the central role of jaded divorcee Schatze Page, while Grable (who got top billing) is the madcap Loco, and despite her kewpie-doll looks, proves adept at clowning. For Bacall, Millionaire was a much-needed boon to her career, while for Grable, it was a final hurrah after a long tenure at Fox.

For Marilyn, however, Millionaire was another step up the ladder. As Pola Debevoise, she had the least substantial role. ‘Your character’s motivation,’ Negulesco explained, ‘is that she’s blind as a bat and can’t see without glasses.’ She gracefully handles the comedic pratfalls, explaining that ‘men aren’t attentive to girls who wear glasses’ (a diluted version of Dorothy Parker’s famous rhyme, ‘Men don’t make passes at girls who wear glasses.’) She initially had doubts about the part, wanting to play Loco. 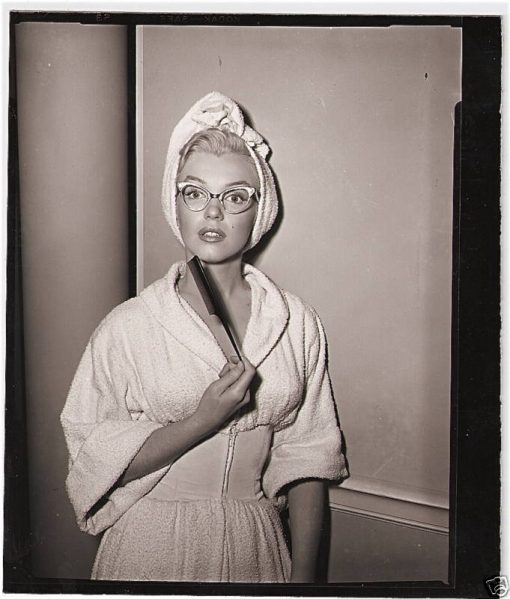 On paper, Pola may be just another variation of the ‘dumb blonde’ stereotype, but Marilyn draws upon a hidden side of her persona – the sweet, shy Norma Jeane – in a softer shade than her Blondes protagonist, Lorelei Lee. Even when she has little to do, Monroe reacts to her Millionaire co-stars with a subtle range of expression, and her presence is strongly felt. She was then in her physical prime – or as one suitor remarks, ‘quite a strudel’ – with all the flesh impact noted by cinematographers. Whether pouring a late-night cup of coffee in a strappy gown and fur stole, or dressed-down in a turban and terrycloth robe, she is luminous in white.

While still employing the gold-digger tropes of Blondes, Millionaire is less cynical, and the romantic subplots are more significant. Among the supporting cast, character actor Fred Clark deserves mention for his hilarious portrayal of Loco’s stodgy married beau, while David Wayne – in his fourth, and final film with Monroe – is her perfect foil for an endearingly daffy love scene. How to Marry a Millionaire isn’t knockabout farce like Some Like It Hot, but thanks to Nunnally Johnson’s urbane dialogue and the stellar performances, it’s a lingering pleasure – with a zinger of a last line. 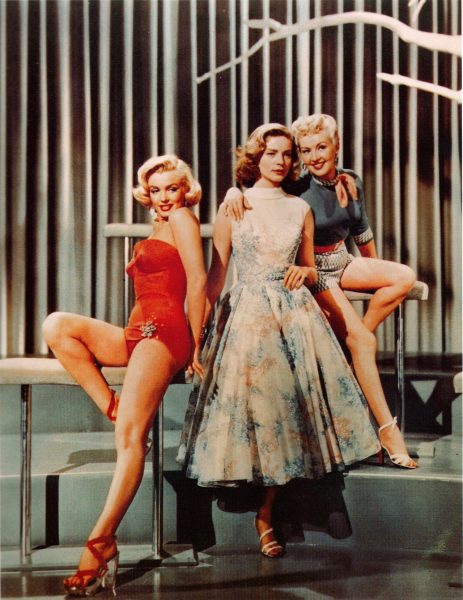 By the time Millionaire opened in November 1953, Marilyn had won headline status on the marquee. Her appearance at the premiere, escorted by the Bogarts and Nunnally Johnson, was the epitome of fifties glamour; in true Cinderella style, she would return her borrowed gown to the studio at the end of the night. Overworked and unfulfilled, she impulsively married DiMaggio in early 1954, but their union didn’t last. Having been pushed into two inferior (but lucrative) movies, she returned to form with The Seven Year Itch before fleeing to Manhattan and the Actors Studio, renting an apartment in the exclusive Sutton Place South building glimpsed in Millionaire’s first frames.

How to Marry a Millionaire inspired a 1957 TV series of the same name, starring Barbara Eden (who went on to stardom in I Dream of Jeannie.) The 1953 version remains definitive, partly because of Marilyn’s enduring appeal, and its influence can be seen in modern sitcoms like Golden Girls and Sex in the City. Actress Nicole Kidman purchased the rights in 2007, but any remake will stand in the shadow of this most glittering incarnation.