Ella Fitzgerald was born a century ago today, on April 25, 1917. Her voice was like sunshine, or a glass of champagne. As a woman, she had great warmth and dignity. She was also a friend to Marilyn Monroe, who had been introduced to her work by jazz pianist and arranger Hal Schaefer in 1953.

“The most important influence on Marilyn’s vocal art was in fact a recording I gave her called Ella Sings Gershwin, for which there was only Ellis Larkin’s piano accompaniment,” Schaefer explained to Donald Spoto. “Marilyn had a problem with singing in tune, but everything else she did was wonderful,” Hal told Michelle Morgan. “I told her to listen to this album because never had there been a singer more in tune than Ella.” (First released in 1950, Ella Sings Gershwin is available to stream on Spotify.) 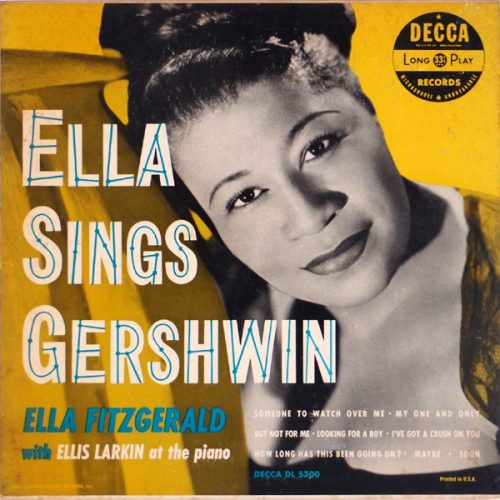 The story of how Marilyn secured a nightclub engagement for Ella in Los Angeles has been retold many times, and some of the details are vague. But the original version came from Ella herself. The women stayed in touch, and a Christmas card from Ella was found among Marilyn’s possessions after she died. Their unusual bond is the subject of a children’s book by Helen Hancocks, Ella Queen of Jazz.