Next up in the series profiling major figures in Jeanne Eagels: A Life Revealed is Ethel Barrymore, the grande dame of America’s greatest theatrical dynasty.

Ethel Mae Blythe was born in Philadelphia on August 15, 1879, daughter of actors Maurice Barrymore (whose real name was Blythe), and Georgiana Drew. Her brother Lionel was then a year old, and another child, John, would follow in 1882. After their mother died of tuberculosis in 1893, Ethel and Lionel were forced to quit their education and join the family business.

Ethel Barrymore made her first Broadway appearance in 1895, opposite her uncle, John Drew Jr. While acting on the London stage, Ethel turned down a marriage proposal from a young Winston Churchill. Back in America, producer Charles Frohman gave her a star-making role in Captain Jinks of the Horse Marines (1901.)

Her most famous line – ‘That’s all there is, there isn’t any more’ – was first uttered in Sunday (1904), and she would repeat it whenever audiences demanded a curtain call. In 1905, she played Nora in Ibsen’s A Doll’s House.

After starring in W. Somerset Maugham’s Lady Frederick, Ethel married Russell Griswold Colt, grand-nephew of the American gun-maker. Their son Samuel was born that year, followed by Ethel in 1912, and John Drew in 1913. However, the marriage was troubled from the start.

Over the next few years, she starred in Sir Arthur Wing Pinero’s Trelawny of the Wells, J.M Barrie’s Alice Sit-By-the-Fire, C. Haddon Chambers’ Tante, and George V. Hobart’s Our Mrs. Chesney. In May 1915, Charles Frohman was one of 1,195 passengers killed off the Southern coast of Ireland, when the Lusitania was torpedoed and sunk by a German submarine. After Frohman’s body was recovered, Ethel attended his funeral at the Temple Emanu-El in New York.

Among the other guests was Jeanne Eagels. Eleven years younger than Ethel, she had been a chorine in Frohman’s production of a Pinero musical, The Mind-the-Paint Girl. A rising star, she would soon play more significant roles in plays by Chambers, Barrie and Hobart.

The Nightingale, Ethel’s first film, was released in 1914. A few of her silent movies are still in print, including The Awakening of Helena Richie (1916) and The Call of Her People (1917.) As America entered World War I, Ethel often rubbed shoulders with Jeanne Eagels while performing in theatrical fundraisers.

The most spectacular event of all, The National Red Cross Pageant, was staged in October 1917, and filmed for nationwide release. Ethel appeared alongside her brothers, Lionel and John Barrymore, personifying the city of Flanders in a glorious costume inspired by Belgian paintings, while Jeanne Eagels supported Ina Claire as Joan of Arc, in a tribute to France. Unfortunately, the film is now lost.

After playing Marguerite Gautier in a stage adaptation of The Lady of the Camellias, Ethel starred in A.A. Milne’s Belinda, Zoe Akins’ Declassee, and was reunited with her brother John in Clair de Lune. At thirty-three, she played Shakespeare’s Juliet. A devout Catholic, she divorced her husband in 1923 and never remarried. That year, she starred in Arthur Hopkins’ The Laughing Lady, and as Lady Teazle in Sheridan’s School for Scandal. 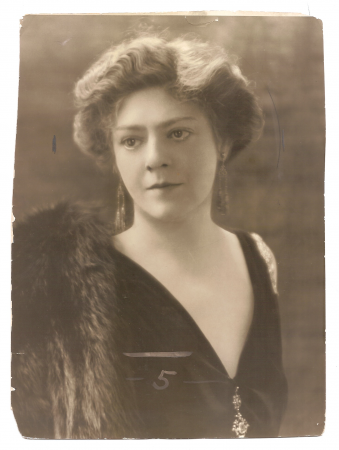 Her turn as Paula in Pinero’s The Second Mrs. Tanqueray in 1924 was followed by two more Shakespearean roles – as Ophelia in Hamlet, and Portia in The Merchant of Venice. She socialised with Jeanne Eagels, now the toast of Broadway in the sensational adaptation of Maugham’s Rain, at parties hosted by Ivor Novello and Noel Coward, and at Happy Rhones’ mixed-race nightclub. Like Eagels, Ethel would find her greatest success in a Maugham play, The Constant Wife. On November 29, 1926, Jeanne attended the premiere at the Maxine Elliott Theatre, where she had opened in Rain four years previously.

In 1928, Eagels was fired from the touring production of Her Cardboard Lover, after failing to perform for a week. She was subsequently suspended from the legitimate stage by the Actors’ Equity Association for a period of eighteen months. Ethel Barrymore, who was Vice-President of Equity, refused to be drawn on the subject – but while some thought the punishment excessive, it has been suggested that without Barrymore’s intervention, the ban might have been permanent.

Jeanne’s fortunes improved after she was cast in an early talking picture, The Letter, her second Maugham role. In August 1929, she began filming Ethel Barrymore’s stage hit, The Laughing Lady, but production stopped after Eagels was struck down with ‘Klieg eyes’ – an adverse reaction to harsh studio lights – and had to undergo surgery. She was replaced by Ruth Chatterton. Although she was now free to return to the stage, Jeanne Eagels’ health never recovered and she died on October 3, aged thirty-nine.

Ethel Barrymore died of cardiovascular disease on June 18, 1959, two months before her eightieth birthday. The Ethel Barrymore Theatre, built by the Shubert Brothers in 1928, still stands at 243 West 27th Street, in midtown Manhattan.