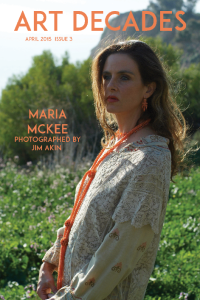 Out now, the third issue of Art Decades magazine is the best yet. Highlights include interviews with two of music’s outliers. Viv Albertine, former guitarist of all-girl punk band The Slits, is now a solo artist. She published a widely-praised memoir in 2014. Maria McKee is a Californian singer-songwriter, who fronted country rock band Lone Justice, and topped the UK charts with ‘Show Me Heaven’ in 1990. She now makes music for film with her partner, director Jim Akin.

On the subject of women in music, my review of Lana Del Rey’s latest album, Ultraviolence, is also featured. There is something of a David Bowie theme to this issue, which can never be a bad thing. Edward Bell, who designed several of Bowie’s album covers – from Scary Monsters to the ill-fated Tin Machine – is interviewed, and there is also a stunning pictorial inspired by Bowie’s 1999 song, ‘The Pretty Things Are Going to Hell.’

A short interview with myself is included in an article about Marcelline Block’s new book, Fan Phenomena: Marilyn Monroe. Superfans Megan Owen and Marco van der Munnik share their stories, and a long, fascinating interview with Los Angeles-based impersonator Holly Beavon is also included. Marilyn is also mentioned elsewhere, as an influence on Serena Czarnecki, an adult film star of the 1970s who has re-emerged as an artist and author.

While £15.48 (the current price on Amazon UK) may seem like a lot, Art Decades is filled with beautiful imagery and unique insights about music, film and artists who are mostly ignored, or (as in Marilyn and Lana’s case) misunderstood, and yet have inspired so many of us. Published quarterly, it is both a niche publication, and truly egalitarian. Unlike other, mass-market magazines, it is purely content-driven and doesn’t rely on copious advertising. It also has more to offer than a lot of similarly-priced books.

You can buy single issues on Amazon worldwide, or buy direct from the Art Decades website, with options to subscribe. A portion of the proceeds from sales of this issue will be donated to Belongto.org, a charity supporting young LGBTs – so you know it’s all in a good cause. 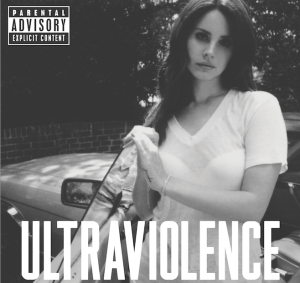