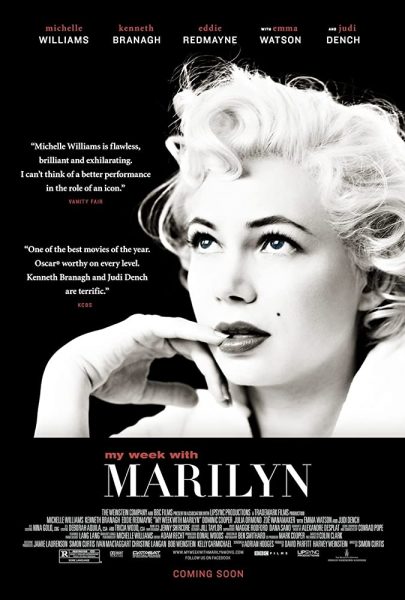 ‘This is a fairy tale’, was the original tagline – later replaced by ‘this is a true story.’

My Week With Marilyn is an Anglo-American confection, based on Colin Clark’s memoirs of filming with Sir Laurence Olivier and Marilyn Monroe on The Prince and the Showgirl (1956). Clark’s first volume, written in diary form, was published in 1995. Such was the success of his ‘delightfully gossipy’ account, that he wrote a sequel, My Week With Marilyn. This concerned a brief period when he did not keep a diary. Both books have now been reissued. Writing for the Daily Mail, Tom Cox notes that the latter part ‘has none of the same charm, and reads like a childish dream sequence about the Monroe legend in its most reductive form.’ Nonetheless, a BBC documentary – The Prince, the Showgirl and Me – was broadcast in 2004, two years after Clark died.

Colin Clark was born in 1932, son of the art historian Sir Kenneth Clark. His older brother, Alan, was a junior minister during Margaret Thatcher’s premiership. But Alan Clark is less celebrated for his achievements in government than for his own diaries, which caused a scandal on publication in 1993. Colin was 23 when – largely through his parents’ friendship with the Oliviers – he nabbed the job of third assistant director on The Prince and the Showgirl. Though he later claimed to have become quite intimate with Marilyn at this time, the truth is murkier. Actress Vera Day, who played Marilyn’s showgirl pal Betty in the film, recently said she did not remember Clark, while Monroe’s biographer, Michelle Morgan, who has researched this period in depth, found that the dates in Clark’s book did not match.

When plans to bring My Week With Marilyn to the big screen were first announced, Scarlett Johansson was tipped for the lead. But the role finally went to Michelle Williams, who first found fame on television as bad girl Jen in the teen drama, Dawson’s Creek. Since then, she has gained critical praise through a series of demanding roles in films like Shutter Island, Wendy and Lucy, Blue Valentine and Meek’s Cutoff. Like a growing number of child actors, Michelle became legally emancipated from her parents before her sixteenth birthday. In 2005 she starred alongside Heath Ledger in Brokeback Mountain. They had a daughter, Matilda Rose, together. In 2008, a year after splitting from Williams, Ledger was found dead from an overdose of prescription pills.

My Week With Marilyn is adapted by Adrian Hodges and directed by Simon Curtis. Best known for his work in theatre, and television dramas like David Copperfield, Cranford and Twenty Thousand Streets Under the Sky, Curtis is a newcomer to cinema. The film begins, and ends, with performances by Williams of two Monroe standards: ‘Heat Wave’ and ‘That Old Black Magic’.  But I preferred the more informal scene when, as Marilyn, she practices ‘I Found a Dream’, a ditty from The Prince and the Showgirl, in the bath. The costumes and set from The Prince and the Showgirl are artfully recreated.

Monroe’s severe stage fright was presumably the cause of her chronic tardiness and fluffing of lines, while her devotion to the Method style of acting infuriated that knight of the theatre, Olivier. As their professional relationship begins to crumble, Marilyn’s marriage to Arthur Miller also hits the rocks. It is only a few weeks since their wedding, but when Marilyn finds Arthur’s diary, she discovers he already has misgivings.

Monroe’s vulnerability is clear. However, the strength that made her a star is seldom shown in the script. As the lost week dawns, Colin takes her to see the sights – Windsor Castle, Eton, even a frolic in the Thames (which as most English readers will know, is cold and dirty – and distinctly unromantic.) A supposed miscarriage and breakdown aren’t as affecting as the earlier rift with Miller. But despite the often implausible script, its leading lady brings warmth and dignity to her portrait of Marilyn. As critic Roger Moore writes in the Detroit Free Press, ‘Michelle Williams doesn’t so much impersonate Marilyn Monroe as suggest her.’ 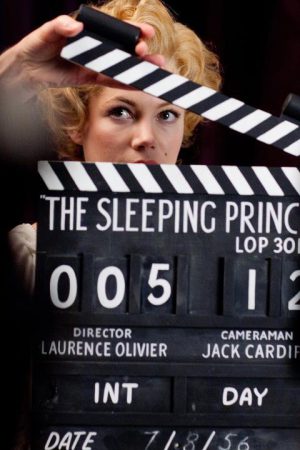 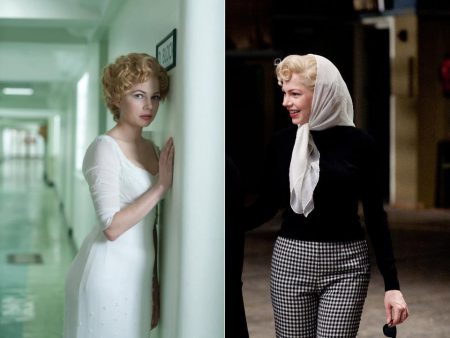 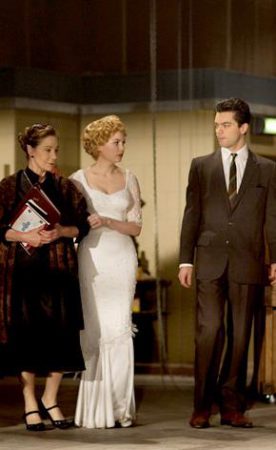 Unfortunately, the other characters in this real-life drama are not so subtly drawn. Eddie Redmayne labours fruitlessly to make Colin heroic, while Sir Kenneth Branagh’s casting as Olivier is all too predictable. Olivier’s wife, Vivien Leigh (played by Julia Ormond) suffered a nervous collapse during the shoot. Had this detail been included in the story, his impatience with Marilyn might have been easier to forgive. Dame Judi Dench plays Dame Sybil Thorndike – who was fond of Marilyn – rather too cloyingly. And to anyone who has heard of Marilyn’s business partner, Milton Greene, Dominic Cooper’s thuggish persona is all wrong.

Much of the humour in Clark’s book came from his youthful, immature putdowns of his peers. In Curtis’s hands, though, these caricatures are rendered without a hint of irony. Surprisingly, Marilyn’s dramatic coach, Paula Strasberg – as played by Zoe Wanamaker – comes across rather well. Though Paula was often ridiculed for her pretensions, she directed Marilyn with greater skill than Olivier could muster.

Michelle Williams’ performance has led to Oscar predictions. She shines despite a plodding script and uninspired direction. The question of whether Monroe’s charisma can ever be wholly recaptured on screen remains moot. However, despite its deep flaws, My Week With Marilyn is a vast improvement on previous efforts, such as Norma Jean and Marilyn and Blonde. Until now, the best Marilyn-inspired performances have occurred in offbeat fantasies like Insignificance and Mister Lonely. Because of Williams, My Week With Marilyn transmits a sense of reality, even if the backdrop is little more than amplified fan-fiction. 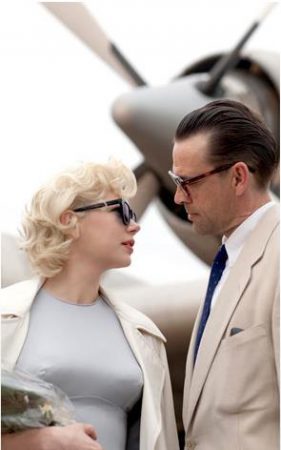 4 thoughts on “My Week With Marilyn”