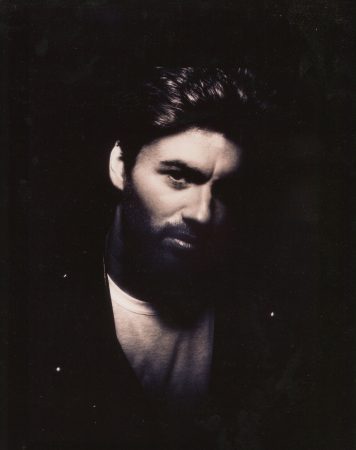 Another musical crush from my giddy youth was lost on Christmas Day with the news that George Michael had passed away. Wham! were among my first pop heroes, and like many other girls, my best friend and I dreamed of marrying them – although as my BFF bagged George, I settled for Andrew Ridgeley (which wasn’t such a bad idea, after all.)

I wore a pink ‘Go Go’ t-shirt, and blu-tacked posters from Smash Hits onto my bedroom wall. The Wham! split was a minor heartbreak, but I’d already moved on from the band, and other childhood allegiances. Andrew became a sozzled Cornish fisherman (or so legend has it), while George – the talented one – resumed his climb to the stars.

In the late Nineties, after I’d found my own Andy, George released some of his finest songs, like ‘Cowboys and Angels’, ‘Father Figure’, and ‘Jesus to a Child.’ When his long-rumoured gayness was finally outed, he spoofed the incident in a delightfully camp video.

His later life was marred by illness and private turmoil, but he still blessed us with occasional gems like ‘Amazing’. A perpetual stoner and reckless driver, he nonetheless remained the smart, funny and sensitive man he’d always been.

This immigrant’s son from the Home Counties, a suburban pretty-boy who loved funk and disco, helped to turn the rockist machismo of early MTV upside down. George Michael fought to control his career, was politically outspoken, and rebelled against the tabloid press. Since his death, stories have emerged of his untrammelled generosity.

The untimely departure of George Michael, an icon of British soul, haunts us all just as Bowie’s did at this year’s beginning.