Jean Chamur Limur was born on November 13, 1887, in Vouhé, a town in Southern France. He began his film career as an actor in Hollywood, under the name Jean de Limur. In his 1921 debut, The Three Musketeers (starring Douglas Fairbanks), Limur played several several minor roles but did not receive a screen credit.  His fencing skills won him a role in The Three Must-Get-Theres (1922), another Dumas adaptation.

In A Woman of Paris (1923), De Limur had a walk-on part. He also began working behind the scenes, as a researcher. Starring Edna Purviance, the film was written and directed by Charlie Chaplin. It was Chaplin’s first drama as an independent at United Artists, and also his first failure with the public. Shortly before his death in 1977, Chaplin returned to the film, and it was reissued posthumously with a new score, hailed by critics as one of the finest movies ever made.

De Limur worked as a technical assistant on The Arab (1924), a Ramon Novarro vehicle in which he also played a supporting character. After appearing in Human Desire (1924) and Love’s Bargain (1925), both starring Clive Brook and Marjorie Daw, he increasingly worked behind the camera.

He is credited as a writer for William Wellman’s war drama, The Legion of the Condemned (1928), starring Gary Cooper. That year, he adapted Rudolf Österreicher’s play, Three Sinners, for the screen. It was produced by Paramount, with Pola Negri starring.  He then contributed to another Paramount picture, The Magnificent Flirt, with co-writer Herman J. Mankiewicz.

Monta Bell, who had directed Greta Garbo in her Hollywood debut, Torrent (1926), had left MGM to become head of production at Paramount’s Astoria lot in New York, where he became De Limur’s mentor. On October 28, 1928, De Limur began shooting his first film as director, an all-talking adaptation of W. Somerset Maugham’s play, The Letter. His leading lady, Jeanne Eagels, had previously starred in Bell’s Man, Woman and Sin (1927.) Photographs taken on the set show Eagels conferring with Bell, and as cameraman George Folsey remembered, Bell actually directed most of the picture: “… but he did it kind of in the background. I think he was trying to groom De Limur to be a director.”

Nonetheless, De Limur was credited as director of The Letter, which opened on March 27, 1929 to excellent reviews. By then, De Limur was directing his second film, Jealousy. Eagels was again his star, with Bell supervising. However, there were problems from the outset, with the New York Times reporting that Eagels had broken down on the set after rehearsing a long, difficult scene.

Jeanne’s illness temporarily halted production on April 3. It was rumored that she had been absent from the set for several days, after a series of rows with De Limur prompted her “retirement” from the studio. Paramount’s publicity director, George Brill, denied the actress had walked out, stating, “She’s ill. But is anxious to return to work.” Filming was completed without further incident on April 12, and De Limur sailed for Europe eight days later.

Jealousy was released on September 16 to mediocre reviews. Paramount had heavily promoted the film with full-page advertisements, some in full color, published in fan and industry publications. Eagels began making another film with Bell, but had to withdraw due to ill-health. On October 3, she died shortly after arriving at her doctor’s office. While her body lay in state at the Campbell Funeral Home at 66th Street and Broadway, business was quite brisk across the street at the Loew’s Lincoln Square Theater, where large posters proclaimed “Jeanne Eagels in Jealousy, her latest all-talking motion picture!” 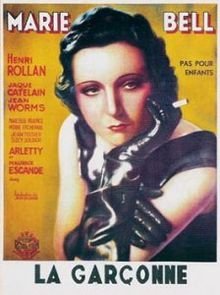 By the time World War II broke out in 1939, De Limur was living in fascist Italy, making films under the supervision of Luigi Freddi, head of the state-controlled General Directorate of Cinematography. De Limur’s penultimate film, Apparizione (1943), starring Alida Valli, was denounced following the Allied Liberation. He returned to France to direct his final movie, Le Grande Meute, in 1945.

Following his retirement from the world of cinema, De Limur spent almost fifteen years working for the Simca car-making company. In August 1953, he was photographed on holiday in Antibes with (among others) a young John F. Kennedy. Jean De Limur died in Paris on June 5, 1976.